Who we are and what we do

THE STORY OF CARO

November 2012. Carolina Picchio, after a pizza with friends, locks herself in the bathroom of the hosting house: she is sick because of the alcohol and loses consciousness. A group of boys get into the bathroom and, surrounding her, simulate sexual acts with increasingly explicit behaviour and insinuations. Those scenes are filmed in a video intended to discredit her, “guilty”; of attending the, so-called, Novara high society. 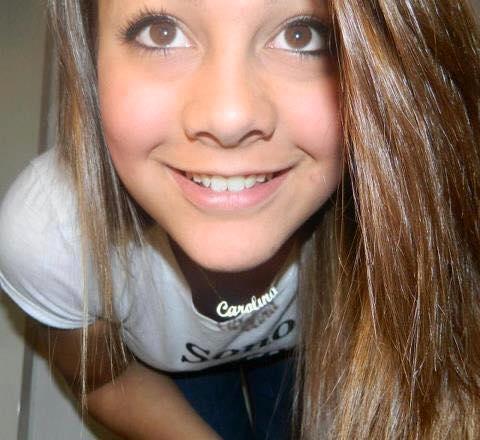 Caro, everyone’s friend, always smiling and charismatic, finds herself at the centre of morbid and viral attention: at first the exchange in the chats among those who were there, and then the jump on social networks, as a target of insults and thousands of comments from people who did not even know her.

An unbearable burden to bear: in the night between 4th and 5th January 2013, the fragility of a teenager takes over and “Caro” takes her own life. Hate is anything but virtual, like her pain and suffering, and Carolina, desperate, throws herself out of her bedroom window.

One last selfie to greet a friend, then the farewell message, which over time has become a warning for entire generations. “Words hurt more than blows. What happened to me must no longer happen to anyone ”.

A complaint that breaks the silence: social networks were already changing our relationships, especially those between young people. Some of them had already known the bitter taste of cyberbullying, but Carolina collapses, and, with her, her joie de vivre dies out. First, however, she finds the strength to denounce, to name and to tell her story in a letter destined to change the relationship between the internet and adolescents.

A message that will allow the Juvenile Court of Turin to institute the first trial on cyberbullying in Italy, with exemplary convictions: the conduct, even “virtual”, which led Carolina to take her own life, cannot be classified as mere “bad actions”.

The trial, which ended in December 2018, clearly determined the unequivocal correlation between certain behaviours, some of which are criminal, and the phenomena of online bullying.

“Bullying … that’s it? You guys are so insensitive,” Caro writes. Words that Dad Picchio picks up and makes his own, tracing a path in the support of kids online safety, so that the pain that his daughter has felt, no one should feel it anymore.  Carolina’s smile has become the icon of the fight against cyberbullying.

This is the story of the Carolina Foundation, which starts from pain but develops in joy. The joy of being young and “happy to surf“.

MISSION: Co-creating a world where the digital dimension is child-friendly

In February 2018, Fondazione Carolina Onlus was founded on the occasion of World Internet Safety Day. The slogan and vision – “Happy to Surf” – represents the spirit that should distinguish all teenagers entering the digital world, entrusting the Web with their dreams, feelings and relationships during the most important journey of their lives: adolescence.

The Fondazione Carolina is home to the professionals and organisations who support Dad Picchio in his public commitment.

Fondazione Carolina has already become a point of reference for:

committed to spreading the correct, positive and conscious use of new technologies by minors. Kids and teenagers who, increasingly at an early age, expose themselves to the risks of digital experience, often without control and without fair shared rules.

Fondazione Carolina’s head office is in Milan, but the professionals, educators and partners of the non-profit organisation work all over the country. The Foundation provides support for families, schools and the community, to guarantee parents, educators and all those who have educational responsibilities, the rights to:

The Foundation’s main branch of activities are:

Fondazione Carolina is an official partner of the Italian Ministry of Education.

“To protect minors for the prevention and fight against cyberbullying”

The first law in Europe on cyberbullying, which was unanimously approved on 17 May 2017 and came into force a year later (June 2018), is dedicated to Carolina.

On Wednesday 17 May 2017, shortly after 1 p.m., the Chamber of Deputies voted unanimously and the President of the Chamber, Laura Boldrini, dedicated the approval to Paolo Picchio and his daughter Carolina to the applause of the Chamber.

Two years of civil commitment, testimony, appeals where Caro’s father, Paolo Picchio, has been engaged relentlessly. Not only to do justice to the beloved daughter but to give meaning and respond to that last message from her daughter: “I hope you are now more sensitive to words …”. A hope to be supported with a strong, broad and structured body, capable of meeting the most important educational challenge of the third millennium: digital citizenship education of the new generations.

The Foundation’s main branch of activities are: Research, Prevention, Support

The Carolina Foundation is committed to ongoing research activities, specifically

Fondazione Carolina creates and provides tools for teachers, parents and educators aimed at prevention and protection from the dangers that minors may encounter online, especially in the pre-adolescent and adolescent period.

The educating community, with a view to a communion of intentions, thus collaborates in the protection of minors by providing families and educators with support tools for the care of their children in online life.

Fondazione Carolina also promotes calls for tenders to finance territorial network actions to encourage the protection of minors on the web and to combat illegal phenomena on the web.

The initiative is aimed at schools of all levels, public and private, throughout the country, which want to promote training courses in partnership with local actors involved in various degrees in the education of young people.

Fondazione Carolina believes that raising awareness means educating to empathy. Every campaign, each message is based on a fundamental principle: involvement.

We believe in the importance of involving the educating community and the children themselves from several points of view:

Our messages are aimed at the whole educational community, but the common denominator is the well-being of the new generations, which is based on awareness, interaction and, often, irony.

A timely action that takes the form of proximity interventions in support of minors victims of online violence in synergy with the institutions and the educational community.

Re.Te. responds to the growing demand for support through an all-around approach to emergencies online, as cyberbullying, dissemination of child pornography, online solicitation of minors, sexting.

It is an interdisciplinary team that embraces educational, psychological, legal and communication skills.  Professionals working together to protect victims, but also to rehabilitate bullies.

The 1Safe App allows the reporting of a suspected case of bullying or cyberbullying by an educator with children.  Created as a participatory safety app, it is the first network that allows the sharing of “suspected danger” reports in real-time.

Pronto Intervento Cyber is born from the collaboration between App 1Safe and Fondazione Carolina Onlus in support of parents to help them educate and support young people in the digital environment and to be always informed about the news introduced by Apps and social networks. By activating the service, schools will be able to provide their students and parents with new tools in the fight against cyberbullying, all within the 1Safe App.